The American Civil Liberties Union (ACLU) is dedicated to protecting the basic rights of Americans. During the 2018 campaign, the

organization wanted to drive turnout in local races in California, such as those for district attorney, supervisor and congress…that could have a lasting impact on people’s civil liberties.

We worked with the ACLU to drive vote-by-mail participation among low-propensity voters in important races across California. To help achieve this goal, we designed and printed 100,000 vote-mail applications and sent them to voters who had been registered to vote for quite some time, but who rarely participated. Attached to all the applications, we included a descriptor of the civil rights at stake in the mid-term elections.

Telegraph managed the expansion of Universal Early Education in San Francisco from concept and policy creation, through

signature gathering, to victory at the ballot box in the June 2018 election.

Utilizing a robust online and broadcast video campaign in both English and Cantonese, Telegraph was able to lift up the too-often overlooked voices of early-education providers in San Francisco. Garnering radio, print and television coverage throughout the campaign, the Early Education for All (later Proposition C) campaign overcame

Since 2015, a coalition of youth organizations, education advocates and local labor unions in Richmond, CA, tried to find a way to

establish the Richmond Fund for Children and Youth.

While the coalition was clear in its intent, Telegraph was hired in 2017 to assist the coalition in crafting legislation to establish the fund, secure vital endorsements and create a new revenue stream for this fund. Telegraph worked with the created “Kids First Richmond” Committee, Richmond elected officials and local labor unions to develop legislation that established the Fund for Children, but ensured current funds benefitting Richmond youth through City programs were not affected. This compromise required placing a complementary ballot measure on the June 2018 ballot.

Telegraph managed the messaging, digital advertising and coalition management of the “Yes on Measures E & K” campaigns. Voters passed both measures in June 2018 by more than 55 percent.

In order to fully fund the established Fund for Children and Youth, Measure K stipulated that an additional revenue stream must be established. The City of Richmond has been slower than neighboring cities in recovering since the Great Recession and their annual budget has fought gaps. The Kids First Richmond Committee was in the midst of a successful signature gathering campaign to place a soda tax on the November 2018 Richmond ballot when the California Legislature passed a ban on local soda taxes until 2030. Forced to pivot and work within an incredibly tight timeline, Telegraph led the coalition in crafting a widely supported

transfer tax increase on luxury property in Richmond to fully fund the fund for Children and Youth, securing support from education advocates, local Democratic and labor councils and elected leaders’ support for what became Measure H. In November 2018, Measure H passed with more than 63 percent of the vote.

The Richmond Fund for Children and Youth will fund violence prevention and trauma response, alternatives to incarceration and re-entry for systems-involved youth and young adults, education and job training, parent and guardian support, media, arts, culture and technology classes and young people leadership courses, among other vital programs.

Telegraph crafted coalition branding and named the coalition “East Bay Residents for Responsible Development” (EBRRD). In order to bring greater attention to labor issues and development stories in the East Bay, Telegraph created a weekly online journal called “The Oakland Conduit”. The content of The Conduit was written by freelance reporters covering local city hall committees, development deals and union contracts. There was a recognized shortage in such local news coverage, and this weekly journal was read by hundreds of Oakland, San Francisco and East Bay voters.

Through organizing coalition members to turn out to City Council meetings, setting meetings with elected officials and organizing candidate town halls where members could personally hear from local candidates vying for their support, Telegraph was able to establish EBRRD as a political recognized entity.

In the 2018 November elections EBRRD endorsed the winning candidate in a crowded Oakland City Council District 4 race and successfully unseated a sixteen-year incumbent.

In the 2018 election, California had multiple Republican congressional districts likely to flip Democratic. A generous fundraiser we work with wanted to do something to turn these districts blue, but because multiple Democratic organizations were already working on persuasion campaigns to do so, he wanted to try something that wasn’t being done. We had an original idea that fit his needs.

California recently implemented AB 1461, which automatically registers to vote anyone who applies for an ID card or driver’s license. Our thought was that if we could get newly registered Democratic motor voters in the flip districts to vote-by-mail, we would have a strong shot at changing over the districts. Voting by mail is a proven method that drives voter turnout. 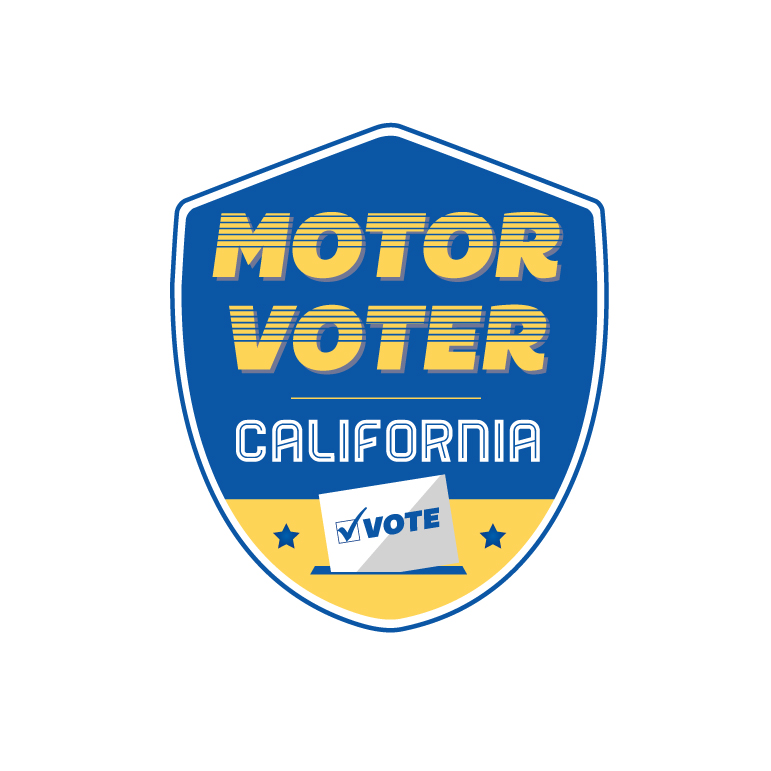 From May to November, we sent these motor voters vote-by-mail applications and heavily advertised to them online the benefits of voting by mail and the importance of the midterm elections. We sent regular emails to this population and occasionally texted them. We also set up a website, www.motorvoterca.com, where motor voters could download vote-by-mail applications and watch an instructional video (that we scripted and filmed) explaining how to fill them out.

Our advertising campaign reached 133,000 voters and signed up voters to vote-by-mail. In three of the Republican districts we advertised in, Democratic candidates won.

Telegraph was hired to manage media relations and press strategy for the striking unions. Telegraph identified and trained union spokespeople to address the media’s questions and explain the plight of the striking workers. Carrying the union members’ requests for safety equipment, health protections and fair wages for part-time employees throughout the city via social media and earned media coverage, Telegraph was able to engage Oakland residents in calling for Oakland City Mayor Libby Schaaf to meet the union’s terms. Telegraph managed round the clock media requests and got substantial local and even national coverage.

The Nevada State Education Association has been a client of Telegraph for several years. Most

Telegraph crafted mailers and a focused online social media campaign that successfully reached thousands of Nevada voters. Through the combined efforts of the Nevada State Education Association and Telegraph, pro-public education Democratic candidates performed incredibly well in the midterm elections, defeating Republicans for the state’s Senate position, governorship and lieutenant governorship, while taking a majority in both the state senate and state assembly. The Nevada State Education Association-backed candidates overwhelmingly elected to public office will be the public education champions that Nevada needs.

The AIDS Healthcare Foundation and the Alliance of Californians for Community Empowerment, the proponents of the Proposition

10 campaign to return power to local communities to expand rent control, hired our firm to secure earned-media for their campaign.

We were hired in March, a late beginning, and we knew that we had to get to work quickly in order to help define the proposition in California voters’ minds. Our first action was to secure press for the campaign’s signature turn-ins. There were three separate turn-ins across the state, and we worked diligently identifying the reporters in each area most likely to cover the campaign and created pitches to persuade them. Our efforts yielded $500,000 in free advertising for the campaign and coverage that reached 8 million across the state. We also developed relationships with reporters who would end up covering Prop. 10 all the way through to November.

Throughout the rest of the campaign, we placed op-eds in local papers explaining Prop. 10, drove the campaign to hold policy forums for the reporters and pushed campaigners to hold regular action-based events for the media to cover. For these events, we created websites, door hangers, signs and leaflets that not only helped attract voter attention, but reporter interest as well. No event went uncovered in the press.

A California ballot fight over rent control is on, supporters say
Originally Published by the San Jose Mercury News on April 23, 2018
http://www.marinij.com/general-news/20180421/a-california-ballot-fight-over-rent-control-is-on-supporters-say
SACRAMENTO >> A renters’ revolt in California could be heading to the November ballot as a campaign to lift decades-old restrictions on rent control reported Friday it had gathered more than enough signatures to qualify

Rent control hearing draws crowd
Published by the Sacramento Bee on June 21, 2018
https://www.sacbee.com/news/politics-government/article213637884.html
Lawmakers met at the state Capitol on Thursday for a joint hearing on an initiative that would allow California cities and counties to adopt stronger rent control laws, which limit how much landlords are allowed to raise rents each year.

Telegraph was hired by a coalition of organizations committed to promoting social justice in Contract Costa in early 2017. Named the Services Not Cells campaign, they began organizing against the West County Detention Center in Contra Costa County in January 2017. Member organizations like the Contra Costa Racial Justice Coalition and California Nurses Association had been fighting jail expansion in Richmond, CA since 2015.

To highlight community opposition to the $95 million West County Detention Center expansion proposal, the Services Not Cells campaign collected more than 1,000 signatures from voters across the County, sent 225 emails/letters to County Board of Supervisors and members of the Board of State and Community Corrections (BSCC) and organized hundreds of speakers to testify in opposition to the jail expansion at all Board of Supervisor meetings in 2017.

While the Board of State and Community Corrections voted to continue the Richmond expansion, and consequently, the ICE collaboration, in 2018 Contra Costa Sheriff David Livingston ended the ICE contract, citing a “growing chorus of individuals within and outside the county."